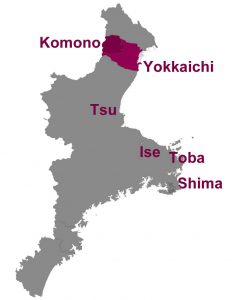 Banko-yaki is being manufactured in Yokkaichi and Komono, northern part of Mie. Yokkaichi is the largest city in Mie and its economic center, and Yokkaichi Port has developed as one of the most important trading ports in Japan. Komono locates northwest of Yokkaichi. With its rich nature such as Suzuka Mountains and Yunoyama-hot spring, it has been a popular destination for outdoor fans and spa lovers. Banko-yaki is one of the main industries in the area, and it is also certified as a National Traditional Craft by the Japanese Government. Currently, there are over 100 companies with kilns around Yokkaichi and Komono. 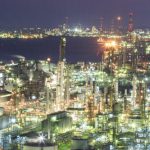 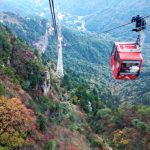 Wishing the works would last for eternity-

Banko-yaki originated during the Edo-period, when Rozan Nunami, a wealthy merchant, set up a kiln in Obuke, northern part of Mie Prefecture.
Rozan had learned Chano-Yu,”the Way of Tea” from his childhood,and many of his works are related to tea-ceremony. During Edo Era, Japan had closed its door to the rest of the world. Rozan, like other intellectuals at that time, seemed to have a great interest to the overseas, which can be seen at his works sprinkled exotic essence. Rozan’s unique pottery became so popular that he was allow to build a kiln in Edo(present Tokyo). His works had also achieved fame in Edo, and it is said that even the Shogun had visited his kiln. 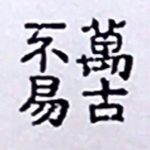 Unlike other Japanese potteries named after their producing areas, the name of “Banko-yaki” comes from Rozan’s stamp “萬古不易(Banko-fueki *lit.eternally unchanging).” He would stamped the phrase on his works in the hope that they would last eternity. The name and his hope have been succeeded to the present day.

“What is the definition of Banko-yaki?”

“What is its characteristics?” 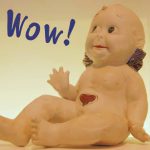 These are frequently asked questions. Let’s say, “No characteristics!” It could be said that any ceramic products made in Yokkaichi and Komono claiming that they are Banko-yaki is Banko-yaki. You would be astonished how wide variety Banko-yaki has. From sophisticated Japanese tea pots(Yokkaichi is unique to produce both tea and teapots) to Donabe, heat-resistant earthen pots, which dominates the market throughout Japan, Banko-yaki is used on various occasions in nation-wide and internationally.

When trading was blossomed, Banko-yaki manufactures exported a huge amount of table-wares and novelty goods to the western countries. It includes dinner-wares of popular brands like Crates and Barrel, Pottery Barn, and The Conran Shop. Even if you think you’ve never seen Banko-yaki, there is a high possibility that you have seen it somewhere without knowing. 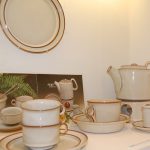 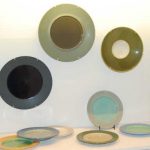 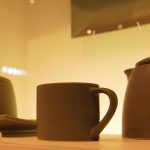 This year, 2018, we are celebrating Rozan’s 300th Birth Anniversary, and the achievements of predecessors who developed Banko-yaki for more than 250 years after Rozan. Although Yokkaichi and Komono didn’t have sufficient soils for pottery, they kept revolutionize the Banko industry with the passion and technique, and have overcome tremendous difficulties until today.

For the purpose of introducing their efforts and for Banko-yaki to thrive for years to come, “BANKO300th” project has established. Within the project, the special exhibition “Banko from Rozan for the Future” is being held until December 28, and also the anniversary book “Koko ha Banko-yaki no machi!(lit. “This is the Hometown of Banko-yaki!” Currently available only in Japanese) has been published. For further information, please click the links below. 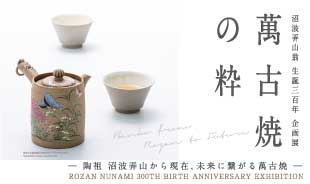 Special Exhibition: Banko from Rozan for the Future 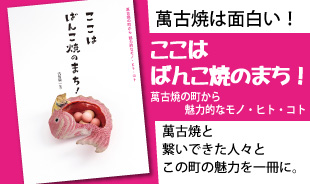 *Currently only available in Japanese.